In 2019, a PhD student in art history rescues an oil painting of a racehorse from a pile of discarded stuff on a Georgetown sidewalk, and a zoologist finds a skeleton marked “Horse” in a Smithsonian attic. In 1850, an enslaved boy is present at the birth of a foal. These are the ingredients with which Geraldine Brooks begins her new novel, “Horse,” and, goodness, they are just as beguiling as her fluid, masterful storytelling.

From the beginning, the weave of the narrative is clear: It’s no surprise that the horse in the painting is the same animal bones whose bones are collecting dust in the Smithsonian and the same again as the newborn foal who will find a devoted, lifelong companion in the boy, Jarrett. The horse’s name is Lexington, and he was a real-life racehorse who won six of his seven starts and became a legendary thoroughbred sire whose offspring dominated American racing in the late 19th century. Brooks includes other figures from history: Lexington’s various owners; Thomas J. Scott, a Pennsylvania-born animal painter who served in the Union Army during the Civil War; and the modernist art dealer Martha Jackson. But Brooks’s central characters — Jarret; the art historian Theo; and the zoologist Jess — are invented.

Jarret is the child of Harry Lewis, a horse trainer who was able to buy his own freedom in antebellum Kentucky. Harry’s employer, Dr. Elisha Warfield, offers to give the colt Lexington to Harry in lieu of a year’s wages so that Harry, if he makes the horse a success, might earn enough to purchase his son. This bargain proves too good to be true. Once Lexington wins his first race, Harry’s ownership gives covetous White horsemen the necessary leverage to take the animal from him. It turns out there is a law forbidding Black people from running horses, and so Dr. Warfield is blackmailed into selling both Lexington and Jarret. The young man and the horse are sent south, eventually to the massive racing operation of Richard Ten Broeck in Louisiana. Of course, the abhorrent and absurd truth is that both Lexington and Jarret are considered livestock, resources to be exploited until they die. Ten Broeck recognizes the value of Jarret’s skill with horses and deep rapport with Lexington and, in what could be mistaken for generosity but is actually just canny exploitation, elevates him to the status of deputy trainer, a promotion that gives Jarret responsibility without true authority.

A century and a half later, Theo and Jess are brought together by Lexington’s remnants: his portrait, his bones. Theo, who is Black, is the child of diplomats, a Nigerian mother and an American father. He grew up in British boarding schools and was a polo star at Oxford before the indignities of racism — from which privilege could not insulate him — drove him from the sport. His interest in the horse portrait is casual at first, then sharpens as he homes in the presence of Black men in similar works from the era — grooms and trainers — likely to have been enslaved. Jess is white, Australian and an odd duck, fascinated since childhood with the bones of living things. The two begin a tentative relationship, their mutual attraction existing uneasily alongside Jess’s tendency toward oblivious microaggression and Theo’s doubts that she is capable of fully understanding his experience as a Black man.

The 23 most unforgettable last sentences in fiction

Jarret’s story is one of individualism. His dogged betterment of himself and his tenacious devotion to Lexington serve as a private rebellion against the erasure that is slavery. Ultimately the war determines his fate, but unpredictably so. Theo and Jess are also at the mercy of their time, but progress is a complicated proposition. The resolution of their story is saturated with the same rot of injustice that was introduced to this country with slavery and has flourished ever since. In “Horse,” Brooks, who is a meticulous researcher and previous whose novels, including “People of the Book” “Caleb’s Crossing” and the Pulitzer Prize-winning “March,” have all been concerned with the past, writes about our present in such a way that the tangled roots of history, just beneath the story, are both subtle and undeniable.

The feeling that pervades is that the more things change, the more they stay the same. Horses were cruelly used and discarded by the antebellum horse racing industry; the same is true of modern racing. Enslaved men were regarded as inherently dangerous and were murdered without consequences according to White whims; police officers kill Black men with impunity still today. The artist Thomas J. Scott, initially sympathetic toward Confederate prisoners, eventually gives up talking to them because they were “lost to a narrative untethered to anything he recognized as true. Their mad conception of Mr. Lincoln as some kind of cloven-hoofed devil’s scion, their complete disregard — denial — of the humanity of the enslaved, their fabulous notions of what evils the Federal government intended for them should their cause fail — all of it was ingrained so deep, beyond the reach of reasonable dialogue or evidence.” If that doesn’t sound familiar, you haven’t been on the internet lately.

I raced through the novel’s first half and then slowed and slowed as I went on, so worried for what might happen to Jarret and Theo and to Lexington that I could hardly bear to find out. “Horse” is not a grim book, but it did sometimes make me very angry, and it did make me cry. “Horse” is a reminder of the simple, primal power an author can summon by creating characters readers care about and tell a story about them — the same power that so terrifies the people so desperately trying to get Toni Morrison banned from their children’s reading lists.

Maggie Shipstead is the author of “Seating Arrangements,” “Astonish Me,” “The Great Circle” and “You Have a Friend in 10A.”

A note to our readers

We are a participant in the Amazon Services LLC Associates Program, an affiliate advertising program designed to provide a means for us to earn fees by linking to Amazon.com and affiliated sites. 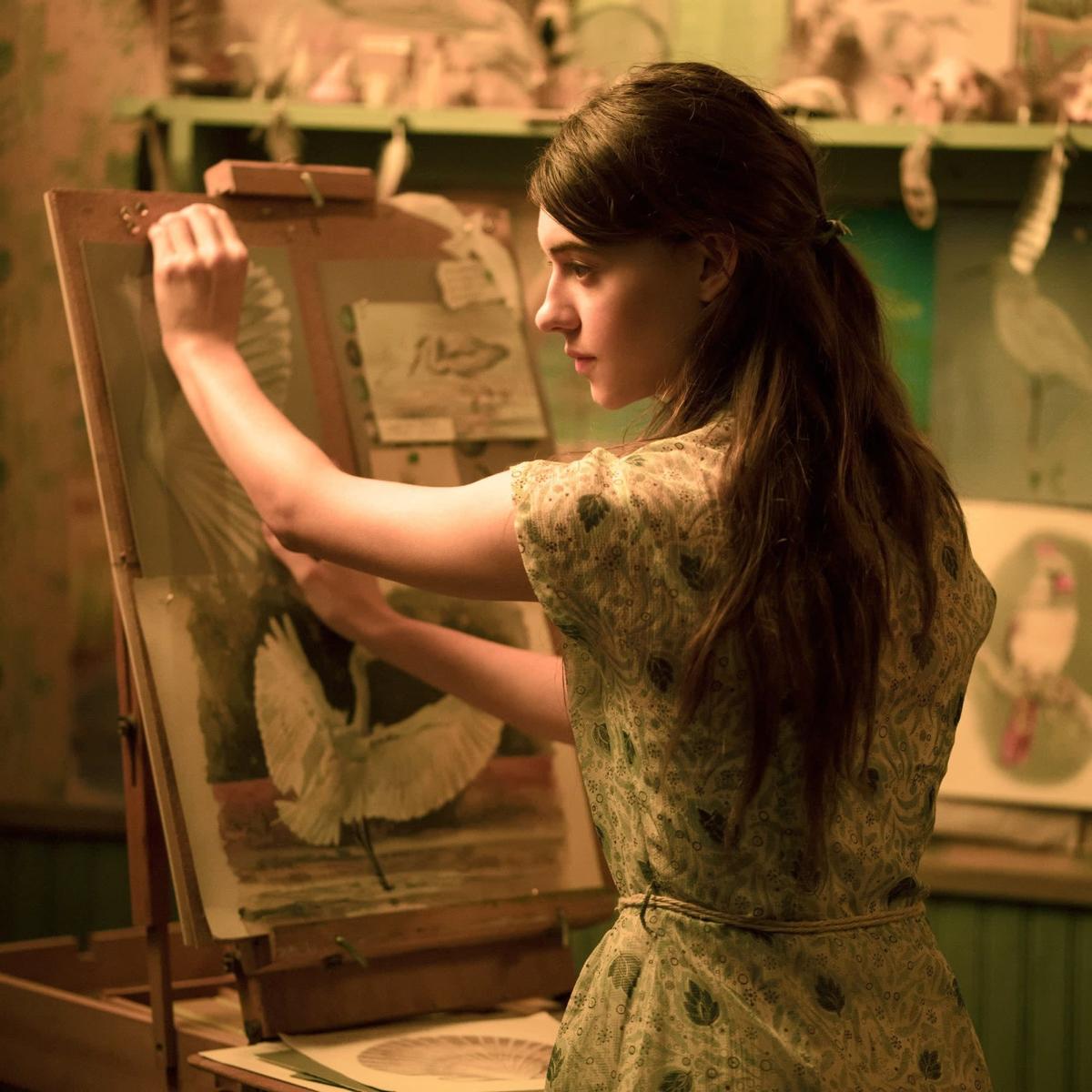 Three people spoke about the 24 book challenges facing Catawba County Schools during a school board...